We’ve replaced the stock Ender board with the SKR Mini E3 V2.0 board.

Using this tutorial the BL Touch is easy enough to set up. The upgrade kit includes a working build of Marlin 2.0.x firmware for the Creality Ender-3. This comes pre-loaded on the SD card and can be used immediately following installation (it’s called FIRMWARE.CUR). After starting up the printer, the BLT’s probe goes up (deploys) and down (stows) which is supposed to happen (self test) and lights up red. We also get an info message saying ‘Fade Height OFF’ which is fine. The touchscreen works fine and the BLT seems to function; however when we go to ABL (auto bed leveling) and start the procedure, an error occurs. It’s also not possible to move the Z axis up and down with the move menu, although we can clearly see it’s moving up and down just fine when homing the Z axis. When moving the X and Y axis, the distance moved also doesn’t seem to be right. After a lot of troubleshooting and setting the Z axis offset again and again via Pronterface (with this tutorial), and constantly not getting proper results with the BL Touch, we’ve taken it off and went back to regular bed leveling with the wheels under the bed. We have ordered a new BL Touch to see if the fault was with our BL Touch, but we haven’t installed it yet.

We’ve built a LACK enclosure for the Ender similar to the Prusa one to better regulate temperature and to reduce dust, smell and noise. On top of the enclosure we’ve placed a spool holder and we’ve designed and 3d printed a small connector for the PTFE tube. - Note that it’s better for PLA to print with the doors open to make sure there’s enough cold air around for the fan. - Printable parts can be found here - We’ve also added a cupboard under the printer to neatly store 3d printing maintenance tools

We’ve replaced the stock printbed with a magnetic print bed that you can take off. It’s actually a rotated Prusa MK3S bed. 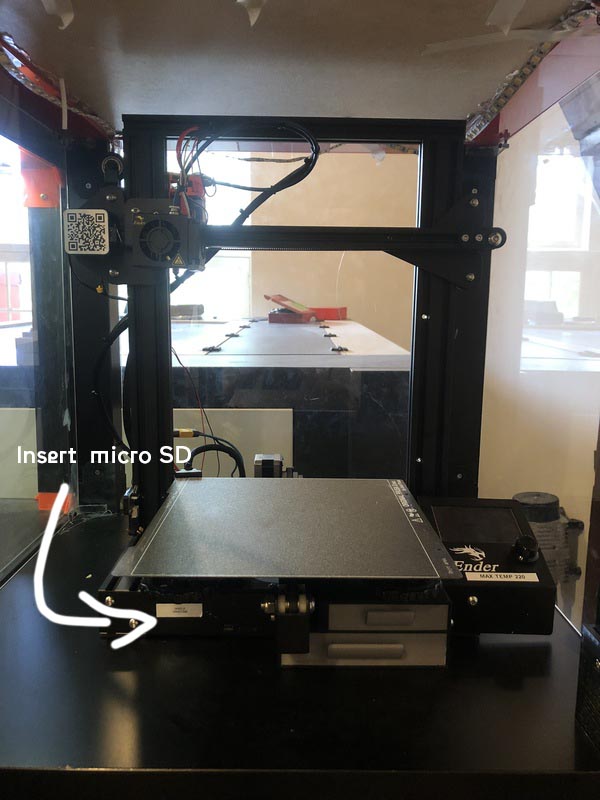 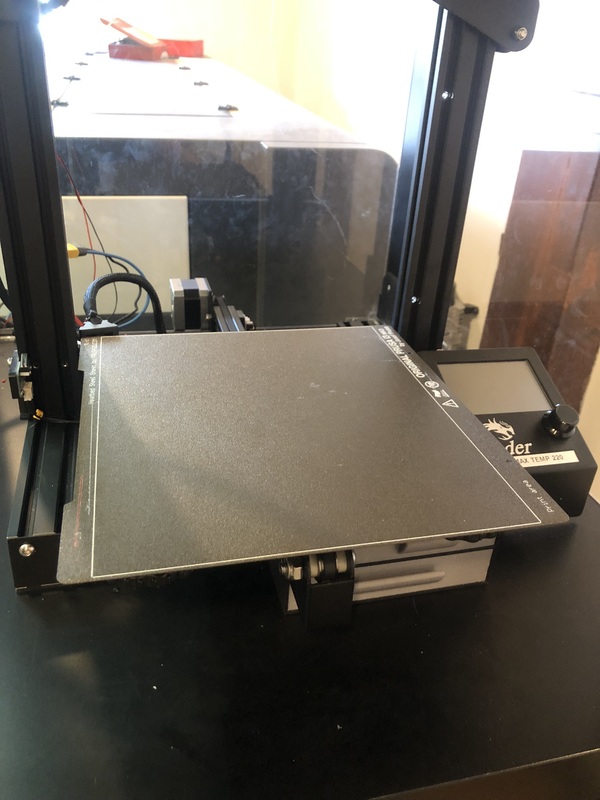 We’ve replaced the stock filament extruder with a much sturdier one.

These drawers were added for extra storage space. 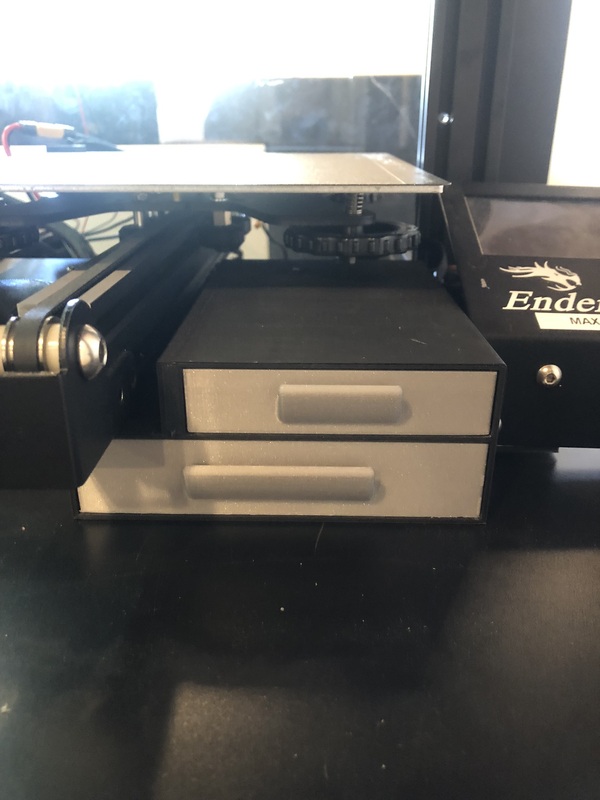 We’ve printed this one so pieces of filament can’t fall into the board enclosure.

This one so the angle between the filament coming from the top of the enclosure isn’t too sharp causing it to break.